Does My Bum Look Big in This? is now available on iTunes 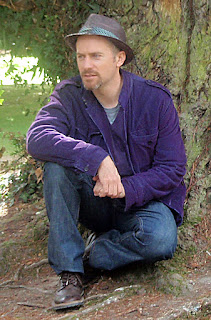 Inspired by an afternoon shopping trip, John Munnelly musically responds to a universally, rhetorical question asked by most women… “Does my Bum look big in this?”  The headbopping, melodic composition combined with satirical thought provoking lyrics are signature to LaughJohnLaugh.  Munnelly’s wry humor takes the perspective of any man put in the hot seat, while paying homage to any female’s healthy insecurity.  Potentially great for a club mix, this song resonates of Thomas Dolby with a twist of ZZtop.  Emerging with the sharp tongue-in-cheek writings of The Rubber  Bandits’ , “Horse Outside” , “The Bum Song”  takes on real life, and wins! With no correct answers to the age old question, “Does my Bum look big in this?” this dance anthem catches you off guard, as you find yourself singing the hook over and over again.

John's ability to take the ordinary and make it extraordinary is emphasized in his music, paying close attention to "the trees in his forest" sets his music apart. His writing offers a unique perspective on the human condition - never shying away from unpleasant, funny or awkward themes, while having a great natural melodic and rhythmic feel. The lyrical content often encompasses the depth and complexity of life and issues such as spirituality, relationships, the search for justice with wit and humor.  Compositions like "The Bum Song" and "The Cubicle", highlight John's keen sense of satire and wry humor, as in his ASCAP award winning song "The Unemployment Blues". While such writings as "Antigua" and "1-2-3-4-5 Flowers" keynote his need for music to be beautifully thought provoking. John's uncanny talent to articulate and translate our everyday into thought provoking, listening - worthy songs is indicative of John Munnelly's being... of why he makes music. He is true to his craft, which in turns allows him to cross genres, writing in a large array of styles that appeal to various audiences. John loves, lives and laughs through his music... so yeah, Laugh, John, Laugh!!
Influenced by his day to day, John Munnelly, celebrates his musical talent as a full time award winning songwriter & musician, living with his fiance in Brooklyn, NY. Born to an all things musical family in Cavan, Ireland, John realized at an early age that music would become his catalyst for life. Coming to America via an opportunity, John arrived with a bunch of songs and a biography of Woody Guthrie. Along with his ambition to be Sting's "Irish Man in New York",  John has accomplished much as an accidental Renaissance Man. John Munnelly became an U.S. Citizen in 2009.

BUM SONG VIDEO Set - these are great and funny videos!