Showing posts from July, 2012
Show all

I was using this service but in June suddenly it zeroed out and said it had no users and no content was actually uploaded.

The T&C said that contact is only possible with them by email. Of course they do not reply.

They are and remain un-contactable. They have no physical address or phone number -

Boy are creators dumb. No wonder we get taken advantage of - while we are in ecstasy over the stars someone is picking our pockets.
There is a very interesting article here to review what occured.

Site was taken down by a new owner and he has taken over the content. This is yet another attack on creators. Creatives need to get some legal protections yeah as the constitution says "Well regulated" protections from digital scams, hackers, giant sucking data vampires -

We need a globally enforceable BIG Search & DELETE button for any site that has data on us as human beings without our consent.
I submitted a complaint to BBB the better Business Bureau maybe they are another tooth…
Post a Comment
Read more 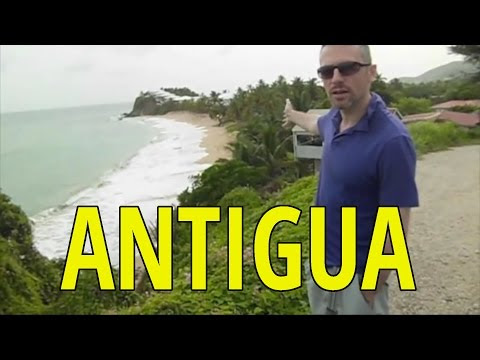 Every now & then I read disparaging articles about Antigua & just say choops!!

But dis fool post him article on CNN Travel & it land pan de travel front page yesterday.
Idiot man find dawg bone pan de beach & he frighten! Him get catch in liccle rain in town & frighten! Him na bring him travel reservation to de hotel & bex! Local man wan sell he someting pan de beach & he frighten again!!
Na mention de oodder jacakss that gwan a Barbuda & get bite by fly!!
Me sure it na ga help to verbally bang dem up online but all you really need fo respond in some way! But it na right! Me jus see poor Antigua a loose money from dis!


This is my take on the recent diss in CNN site about a tourists experience in Antigua.

Special features of this show were World Premiers of two new Music Videos and guest appearance of Casey Black and his video 'The Sarge".

- Did I leave the cubicle (or did the cubicle leave me?) THE CUBE
- Antigua (Ooh Ooh Antigua)  is my current single

Does my bum look big in this?12345 FlowersCubeThe Unemployment BluesThe SargeCasey BlackAntiguaLive Footage of Irish Tour: 'Alien '
With a warm welcome for Special Guest: Casey Black intros & showcases the amazing and beautiful video for his song "The Sarge"

Irishman falls head over heels in love with Antigua, marries a local girl and releases a song and video to celebrate. The Irish and New York based Musician and Songwriter John Munnelly aka LAUGHJOHNLAUGH! releases an original song titled “Antigua” about his love for this extraordinary Caribbean paradise. The song captures his longing both for Antigua and his new Antiguan wife. It is available on I-tunes/Amazon and video on youtube.

New York 2012: He looks into the iPhone weather app as the temperatures soar here in the hot melting city. John notices similar temperatures on Antigua- the “gem in the Caribbean sea” as the beautiful words of John’s song describe it. But John would much prefer to be feeling the cool breeze and have a rum punch in his hand in the tropics. As to his inspiration - it was just like it says: “The beach is just the beginning”, his lyrics continue with “your dream is a moment away ... the tide is turned and you’re winnin…
Post a Comment
Read more

I have been helping out on this FREE festival and its growing in attractions every day more artists are being added to the bill.

I helped with some of the IT Website and other Social Media on this and here is link to the website.

Gathering of the Bards: from Galway to Rockaway
Hearst Plaza Stage – 2pm
Weaving the art of storytelling with original works and classics, Irish-American culture in verse and song.

July 10, 2012
Hot Hot Hot in every bitchin' way -
Azalia Banks - she is hotter than this Brooklyn heatwave - it's beyond the greatest thing right now  - all others are just pretenders.
212
http://www.youtube.com/watch?v=i3Jv9fNPjgk

Walk off the Earth and or Gotye
Somebody That I Used to Know - http://www.youtube.com/watch?v=d9NF2edxy-M
Yeah Ok... I loved the Gotye thing and the five people on one guitar thing either way up

Cazwell
Get My Money Back
http://www.youtube.com/watch?v=ic65OSynCf8
Infectious and great - Like the video of course and the silliness.

AOL Nation
SAIL
this was a cool SteamPunk video some guy made better than the official
http://www.youtube.com/watch?v=mvmSq2xaOBk

Corporate Douchebaggery 101 and other thievings 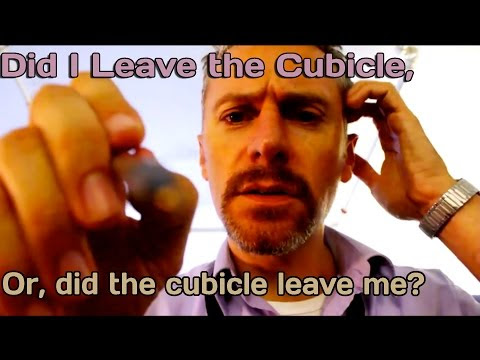 I was considering my video for my song "Did I leave the cubicle... or did The cubicle leave me?" and also looking for work related topics and jobs on other job sites.

It seems to me there are two types of jobs on offer on Craigslist.

The cool ones and the uncool ones. Either way you are fucked.

Fast Paced Environment:
One with the "Fast Paced Environment" tag line = so in case you don't know this means we are going to fuck you over , you will never get a break - your boss is a complete double-talk fictionalizer and his protector 'go-to' is a she Rottweiler. She is a New Yorker hound and her savage teeth protrude slobbering from her greedy little eyes and cling viciously to your bleeding leg... Christ, you will plead with your maker to take her far away from you and stop her incessant barking. Her favorite word is "pushback" Ypour life is not worth living go ahead push her back on her skinny overpaid BS - ypu will feel better in a few years f…
Post a Comment
Read more

I see that the people who really run this country have bought the power (all the power ) and pull the strings in ever increasing strength and viciousness - and by dint of owning the avenues of communication ordinary people can be beaten by propaganda and lied to so they even vote against their own interest.

Somehow everything in the bible against acquisitiveness and coveting your neighbor's property is ignored.  And somehow by giving even more to the already bloated greedy this will save America - it's such BS! What is the measure of enough?

Woe to them that devise iniquity, and work evil upon their beds! when the morning is light, they practice it, because it is in the power of their hand. And they covet fields, and take them by violence; and houses, and take them away: so they oppress a man and his house, even a man and his heritage. (Micah 1:1-2)

I would like churches to start preaching on justice - and maybe stop being so obsessed about sex.  Jesus said hardly anything a…
Post a Comment
Read more
More posts